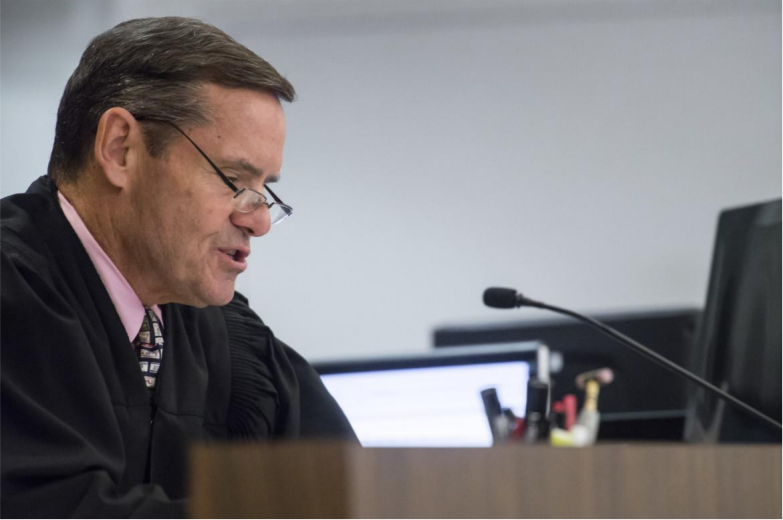 The Fourth District Court of Appeal Friday unanimously upheld a ruling that prosecutors with the Orange County District Attorney improperly withheld information from defense attorneys and misused a jailhouse informant, meaning a third trial for Henry Rodriguez, who has been convicted twice for aiding another man in the 1998 double murder of Jeanette Espeleta and her unborn child.

The appeals court ruling is the latest fallout from Orange County’s jailhouse snitch scandal which centers on how OC prosecutors and the Sheriff’s Department participated in the unconstitutional use of jailhouse informants and withheld informant evidence from defense attorneys.

Rodriguez’s case is one of six murder cases that have been overturned or resulted in reduced penalties as a result of the revelations of the snitch scandal.

The appeals court decision upheld a 2016 ruling by Judge Thomas Goethals that threw out Rodriguez’s life sentence and murder conviction.

Goethals ruled the constitutional rights of Rodriguez were violated during his second trial in 2006, when the prosecution team withheld vital jail records known as TREDs regarding an informant from his defense attorney, James Crawford.

The appeals court ruling comes less than two weeks after a report by the Orange County Grand Jury that said, in stark contrast with decisions by Goethals and the Court of Appeals, that there is not a widespread or systemic problem with illegal informant use in Orange County jails.

The Grand Jury report said the use of illegal informants was the work of a few “rogue” Sheriff’s deputies and the result of poor training and heavy caseloads for DA prosecutors.

In his first trial, a jury convicted Rodriguez in 2000 of two counts of murder and conspiracy to commit murder, but the appeals court reversed those convictions after determining harmful pretrial statements made by Rodriguez were obtained in violation of his right against interrogation until represented by an attorney, otherwise known as Miranda rights.

Rodriguez was convicted of the same offenses in his second trial in 2006, which included the testimony of an inmate and informant named Michael Garrity. The appeals court upheld that conviction and Rodriguez began serving a sentence of 40 years to life in prison.

It wasn’t until years later, in 2014, that the TREDs — computerized records on inmates’ movements, which included information on informants — were released in a separate murder case against Daniel Patrick Wozniak, prompting questions by Rodriguez’s attorney as to why he never received such records in response to his own subpoenas.

What the TREDs revealed was that Garrity was a seasoned informant whose records of working with law enforcement were hidden when he testified in 2006.

DA prosecutors have argued that Garrity was a mere “listening post,” or that he did not actively attempt to elicit a confession from Rodriguez, and that there was no evidence that Garrity was trying to receive special treatment for working as an informant.

The appeals court found that argument had no merit, noting the judge deciding the case did not receive an exhibit that documented Garrity’s history in the Orange County District Attorney’s “informant index.”

“The TRED records provide the missing link,” the appeals court wrote. “They demonstrated Garrity regularly contacted [deputy sheriffs] to notify them he was eliciting information and in return [deputy sheriffs] moved him to ensure his safety.”

An Over 25-Year Trial Track Record On Your Side In Southern California’s Criminal CourtsJames M. Crawford is a born litigator, an advocate whose instincts and insights truly come alive at trial. Defendants facing charges of financial crimes or fraud, drug crimes or violent crimes, theft or juvenile crimes, benefit from Mr. Crawford’s rapport with judges and juries.
Government lawyers could be mounting a credible case against you even as you read this. Act now to retain experienced criminal defense representation by contacting our Law Offices of James M. Crawford. We are available to you right now, you may reach us by phone at (714) 538-0305 or you may email us through our contact page.